Asian America Across the Disciplines: in conversation with Viet Nguyen, Aerol Arnold Chair of English and Professor at University of Southern California. 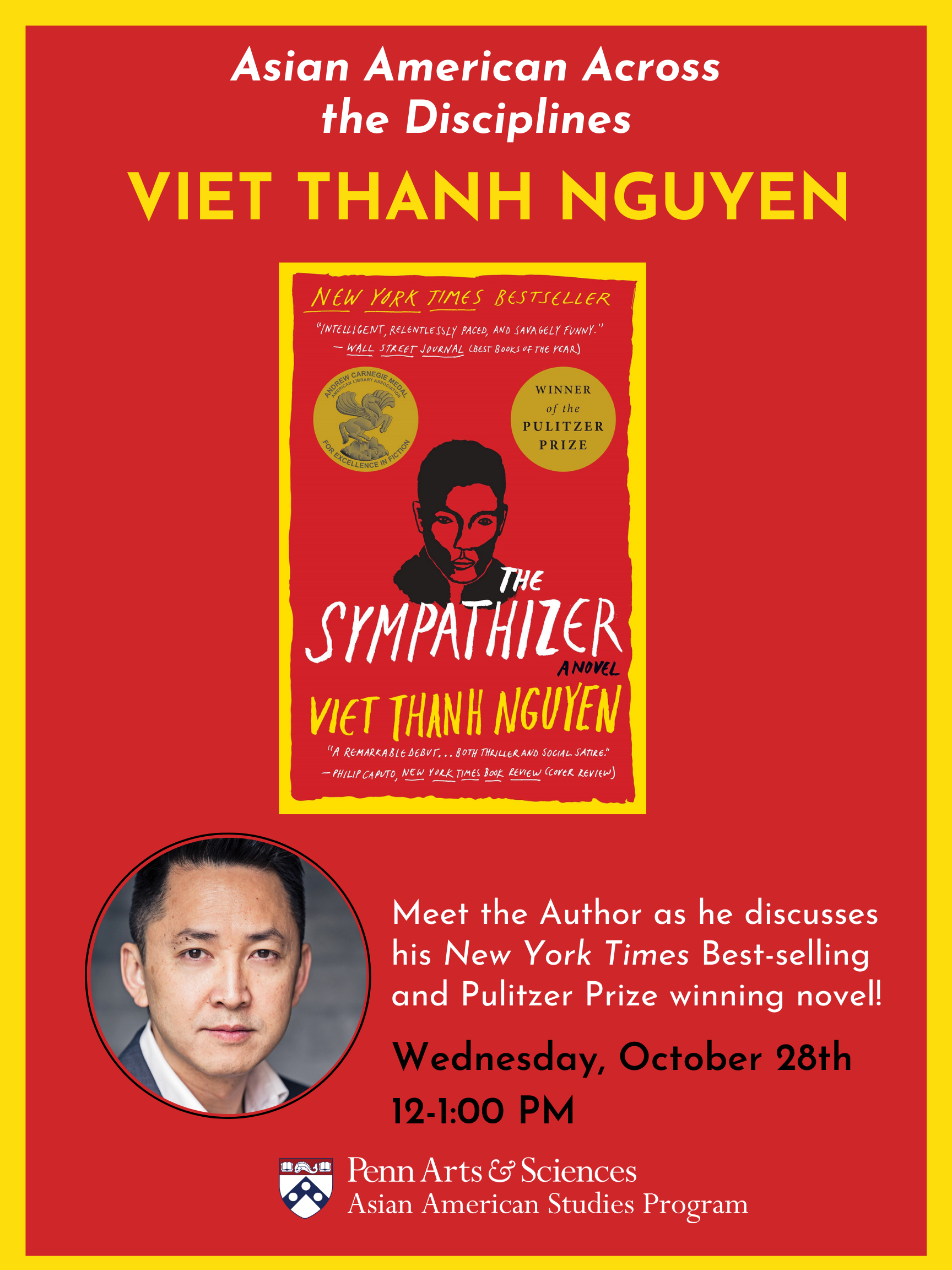 Conversation with Viet Nguyen, Aerol Arnold Chair of English and Professor of English, American Studies and Ethnicity and Comparative Literature at the University of Southern California.

Viet Nguyen will be discussing his Pulitzer Prize- winning novel The Sympathizer.

"A profound, startling, and beautifully crafted debut novel, The Sympathizer is the story of a man of two minds, someone whose political beliefs clash with his individual loyalties.

It is April 1975, and Saigon is in chaos. At his villa, a general of the South Vietnamese army is drinking whiskey and, with the help of his trusted captain, drawing up a list of those who will be given passage aboard the last flights out of the country. The general and his compatriots start a new life in Los Angeles, unaware that one among their number, the captain, is secretly observing and reporting on the group to a higher-up in the Viet Cong.

The Sympathizer is the story of this captain: a man brought up by an absent French father and a poor Vietnamese mother, a man who went to university in America, but returned to Vietnam to fight for the Communist cause. A gripping spy novel, an astute exploration of extreme politics, and a moving love story, The Sympathizer explores a life between two worlds and examines the legacy of the Vietnam War in literature, film, and the wars we fight today."

Find the book here!
© 2020 The Trustees of the University of Pennsylvania
Penn Weblogin