Workshop and Reading with Fariha Róisín, Writer, Editor and Podcaster 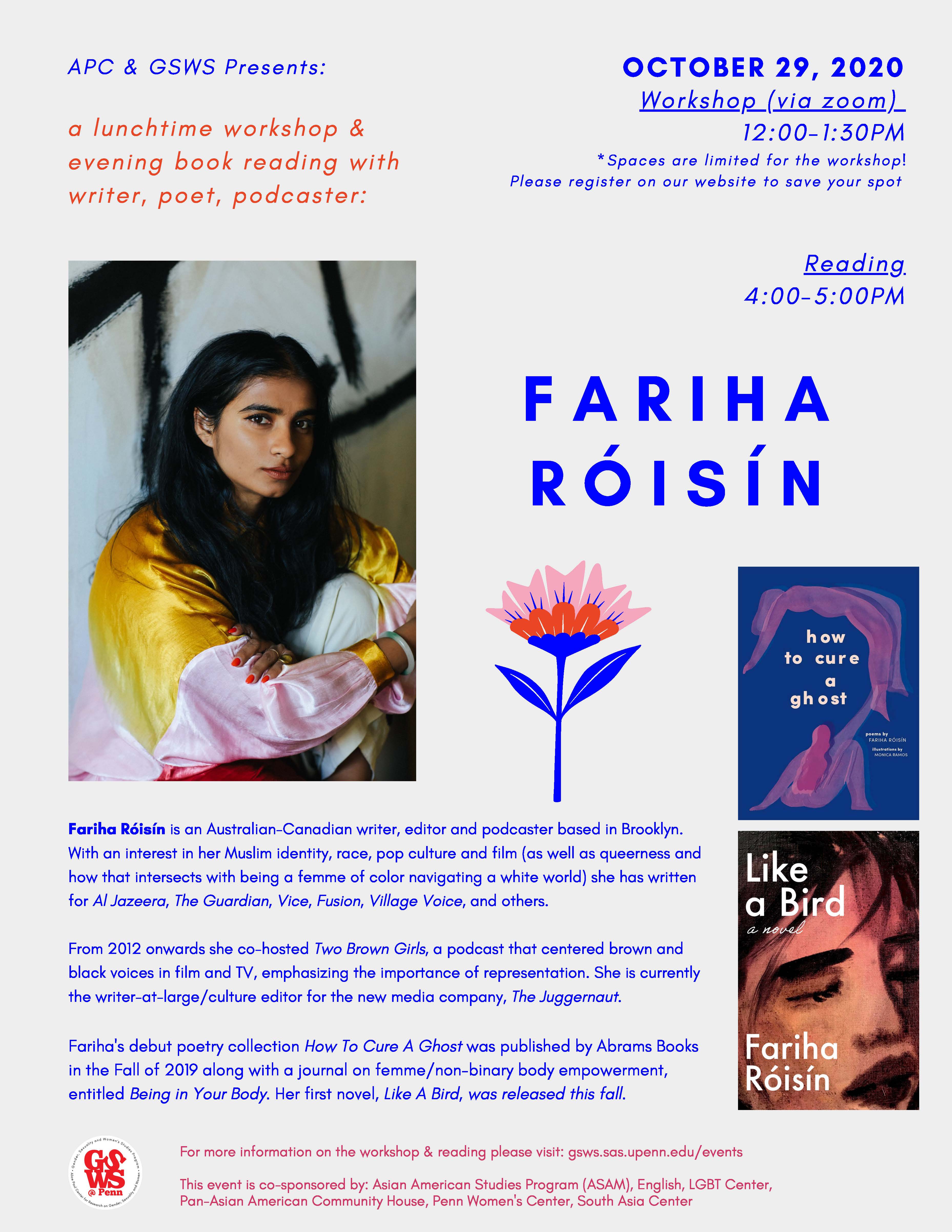 HOW TO CURE A GHOST (workshop): This workshop will focus on the idea of the transformative power of vulnerability in creative expression. A lot of this catered towards healing, and the importance of healing, as we face an apocalypse.

FARIHA RÓISÍN is an Australian-Canadian writer, editor and podcaster based in Brooklyn.

With an interest in her Muslim identity, race, pop culture and film (as well as queerness and how that intersects with being a femme of color navigating a white world) she has written for Al Jazeera, The Guardian, Vice, Fusion, Village Voice, and others.

Previously, she has co-written a self-care column on The Hairpin, an astrology column for them, and was 1/4 of the writing team behind Samara’s TV series. She is currently the writer-at-large/culture editor for the new media company, The Juggernaut.

From 2012 onwards she co-hosted Two Brown Girls, a podcast that centered brown and black voices in film and TV, emphasizing the importance of representation. In 2016 she co-hosted a podcast for the Toronto Film Festival (TIFF) entitled Yo Adrian, which aired for one season. In 2017 she began writing, producing, and hosting a new series with TIFF called How Do You Solve A Problem Like, with the first season focusing on the lack of Asian leads in Hollywood, airing in spring of 2019.

Fariha's debut poetry collection How To Cure A Ghost was published by Abrams Books in the Fall 2019 along with a journal on femme/non-binary body empowerment, entitled Being in Your Body. Her first novel, Like A Bird, was released this fall.

The workshop will be broken up into three parts:

First -- What is Vulnerability?

Second -- Why is it a useful resource in our lives for creativity, and healing?

Third -- How can we start adapting our experiences to create strong, important work that will have an impact on the world?

Workshop space is limited, please RSVP to save your spot!