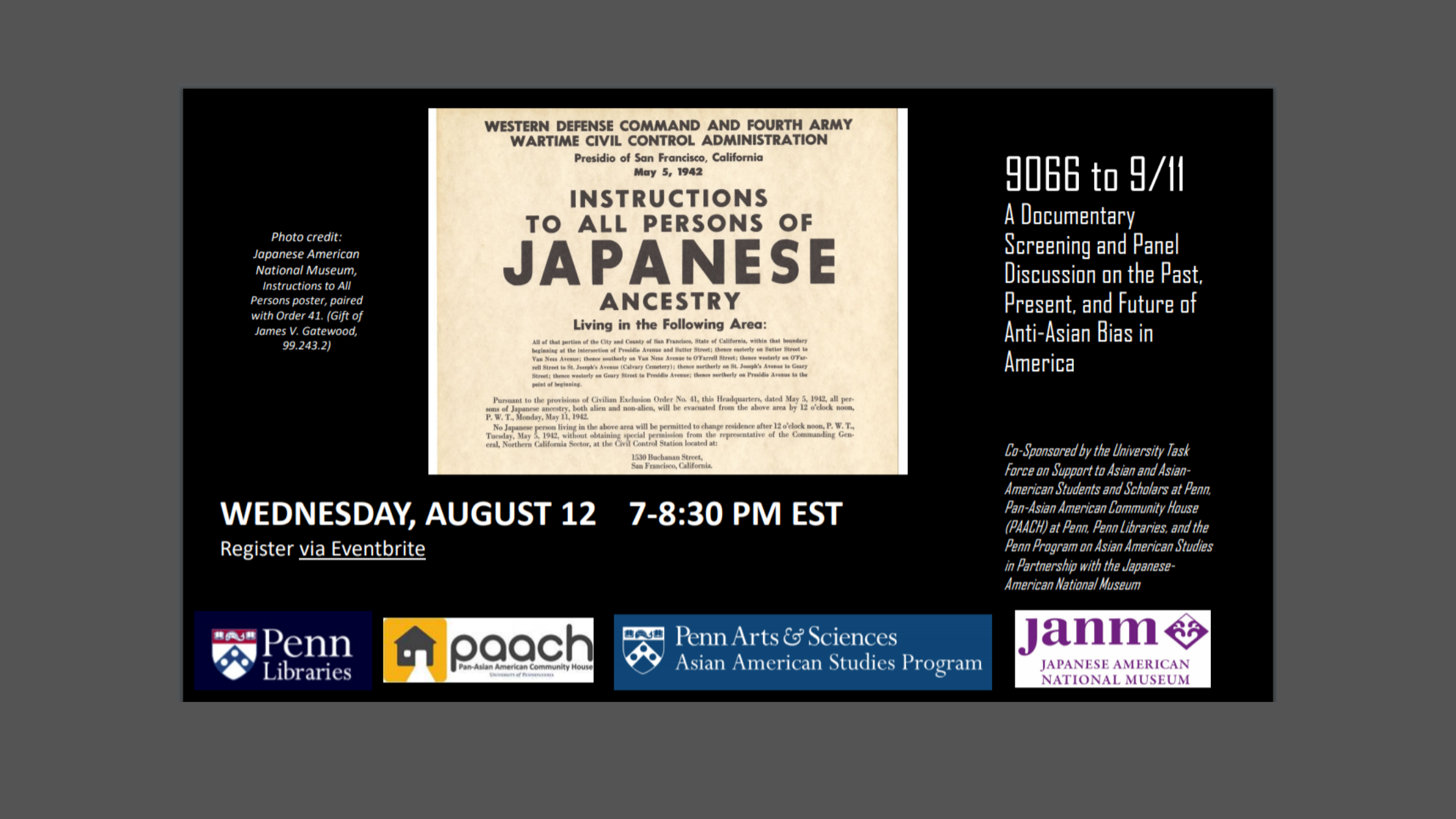 On March 21, 1942, Congress codified Executive Order 9066, issued by President Franklin Roosevelt, which resulted in the forced removal and confinement of people of Japanese ancestry on the West Coast in American concentration camps. Seventy-eight years later, the COVID-19 pandemic unleashed a surge in discrimination, bias, and violence against Asian-Americans, many of whom were falsely blamed for spreading the virus.

“9066 to 9/11,” produced by the Japanese American National Museum’s Watase Media Arts Center in 2004, traces the history of discrimination against people of Asian background in the United States from World War II incarceration to the rise in Islamophobia after 9/11. Join the film's producers and members of Penn’s Program in Asian-American studies for a discussion on the past, present, and future of anti-Asian bias in America and how we can stand together for racial justice and equality for all.

Connection information and a link to view the film will be provided upon RSVP.

This event is co-Sponsored by the University Task Force on Support to Asian and Asian-American Students and Scholars at Penn, Pan-Asian American Community House (PAACH) at Penn, Penn Libraries, and the Penn Program on Asian American Studies in partnership with the Japanese American National Museum.

Register here!
© 2020 The Trustees of the University of Pennsylvania
Penn Weblogin